Why settle for pleasure when you can have everything it entails PLUS “create new order in consciousness?!”

Welcome to our sizzling summer “On the Same Page”  Book-Club-Blog-Hop, Week 3.

As you recall from Life Coach 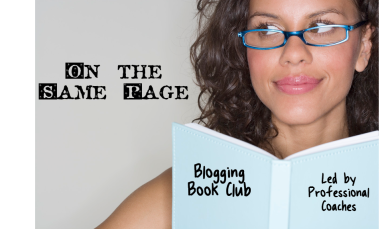 Kanesha Lee Baynard’s take on Chapter 1 of the book Flow, Mihaly Csikszentmihalyi’s work is all about revisiting happiness. He began by dissecting consciousness and found its heart to be attention (Coach Amy Steindler looked at Ch. 2 last week).

Here in Chapter 3, those first two subjects dovetail. Mr. C looks at his data on people who surpass mere contentment with a deeper kind of happiness — enjoyment — and finds:

as a result of unusual investments of attention.”

“Well, yeah” – I might hypothetically respond – “and what if I like to invest unusual attention in bacon cupcakes. I mean who’s to say what enjoyment is anyway?”

Mr. C, that’s who. Based on all his gazillions of research, he developed…

Eight Elements of Enjoyment (the best acronym ever)

I’ve created this week’s YOUwork sheet — “EEE!” — in a way that lets you take a look at all eight elements AND THEN shake them up and see what comes out. It’s available here.

As you’ll see on the “EEE!” tool, the final element of enjoyment is a doozy:

“… concern for the self disappears, YET paradoxically

the sense of self emerges stronger afterward.”

Here’s where Csikszentmihalyi steps right into some mighty spiritual company.

“… it is in dying that we are born to Eternal Life”

In this kind of optimal experience, action and awareness merge.

“… all a person’s relevant skills are needed to cope with the challenges of a situation… that person’s attention is completely absorbed by the activity.”

There’s no psychic energy left over for self-consciousness.

“being able to forget temporarily who we are seems to be very enjoyable. When not preoccupied with ourselves, we actually have a chance to expand the concept of who we are… lead[ing] to self-transcendence, to a feeling of the boundaries of our being having been pushed forward.”

In this state, Csikszentmihalyi sees rock-climbers, gardeners, wonderful conversationalists, musicians, and other Enjoyment Masters “become so involved in what they’re doing that the activity becomes spontaneous, almost automatic; they stop being aware of themselves as separate from the actions they are performing.”

“Less and less do you need to force things,

Until finally you arrive at non-action.”

This kind of experience is so amazing that:

“expending a great deal of energy is worthwhile

simply to be able to feel it.”

As Kanesha noted right up front, flow experiences are their own (auto) reward (telos). They’re about the doing itself rather than the outcome.

“Self-possessed, resolute, act without any thought of results… This equanimity is yoga.”

“Do your work, then step back. The only path to serenity.”

“When experience is intrinsically rewarding, life is justified in the present instead of being held hostage to a hypothetical future’s arrival.”

It turns out that enjoyment IS HOW to live in the now.

And it’s not only achievable — something we can practice — it’s playful.

But here’s what I want to know:

We’d love you to join our book club discussion by posting an answer to these questions, what you discovered from the EEE! tool, or any other comment on this stuff. [And if you haven’t read the book, who cares? Or even knows?? We still want your ideas!]

Next week Life Coach Kayce Hughlett helps us dig into the universal particulars of how to create flow. Until then…

Like Loading...
This entry was posted in On the Same Page -- Book Club: "Flow" by Mihaly C.. Bookmark the permalink.